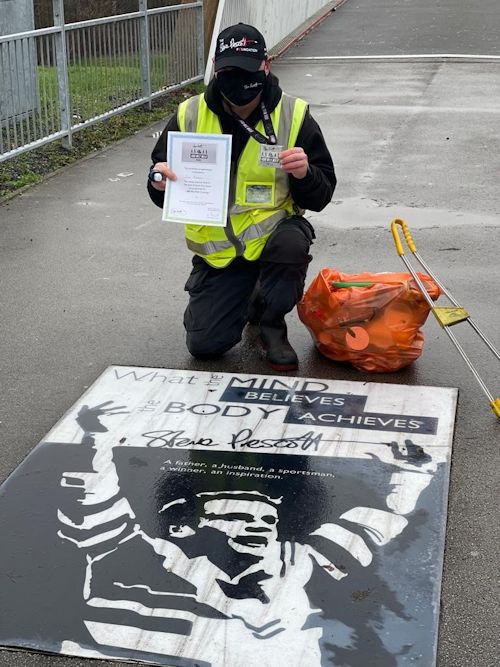 It has quite simply been an amazing success during the toughest of times, and has inspired every walk of life to get fit and get active and take in their natural surroundings.

The statistics are remarkable.

The mileage walked would have meant that we cumulatively could have walked past the Moon at 238,000 miles or circumnavigated the Earth 13 times.

Not only has the walk improved the health and well-being of the participants, there has also been an incredible team ethic between the group.

Everyone has played their part but there are some who have gone that extra step.

I’ve picked from Rainford to Rainhill, from Eccleston to Earlestown, from Billinge to Bold and 1000 miles in between all around the Borough of St Helens and collated 1800 bags of Litter.

I’ve worn out 2 pairs of safety boots and a pair of trainers on the way!

I’ve picked through rain, snow and heat, when both my physical and mental health have not been great.

I’ve suffered on-line trolling, verbal abuse, threats and intimidation. I’ve been threatened by drug dealers, attacked with a needle by an addict, had a youth try to thrust a broken beer bottle in my face and had stuff thrown at me from cars. All because I pick up litter.

But I’ve also met some wonderful people. People who want to make the community a better place, who make the effort, lead by example and inspire others.

Now I have completed the SPF 1000 Mile Walk Challenge, with my last steps at The Steve Prescott Bridge, in honour of the man who inspired us all, because regardless of how tough things get…

“What the mind believes the body achieves”

Hull FC fan Phil Newsom who took part in the first ever fundraising event for the Steve Prescott Foundation in 2007 actually walked more miles than “Speedomick” with 4042 miles covered. 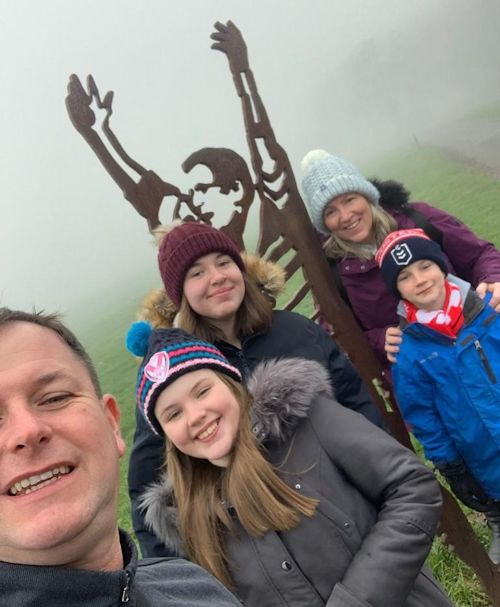 Melissa Grace McComas was the highest fundraiser with £6,859.71 raised, this also included Melissa conquering Snowdon with the help of SPF supporters Conquer Hiking and Trekking and Haydock ARLFC.

There has also been many dogs taking part.

Zion owned by Kate and Steve Armstrong was rescued from being put down only 18 months and smashed the challenge and raised a phenomenal £4,145 in the process.

The McGowan family completed the walk together as a family and all five of them finished the full 1000 miles.

We have had walkers participating from all corners of the World including Mexico, New Zealand and Colorado USA, already we have received entries from America and Australia for the 2022 Challenge.

Over 80 entries have been submitted so far for 2022 which starts on the 1st January.

If you would like to importer your health and well-being all you have to do is email info@steveprescottfoundation.co.uk and raise a minimum of £50 and you will received a commemorative T Shirt to wear on the challenge. Over SPF merchandise will be available for those who raise over the minimum amount.