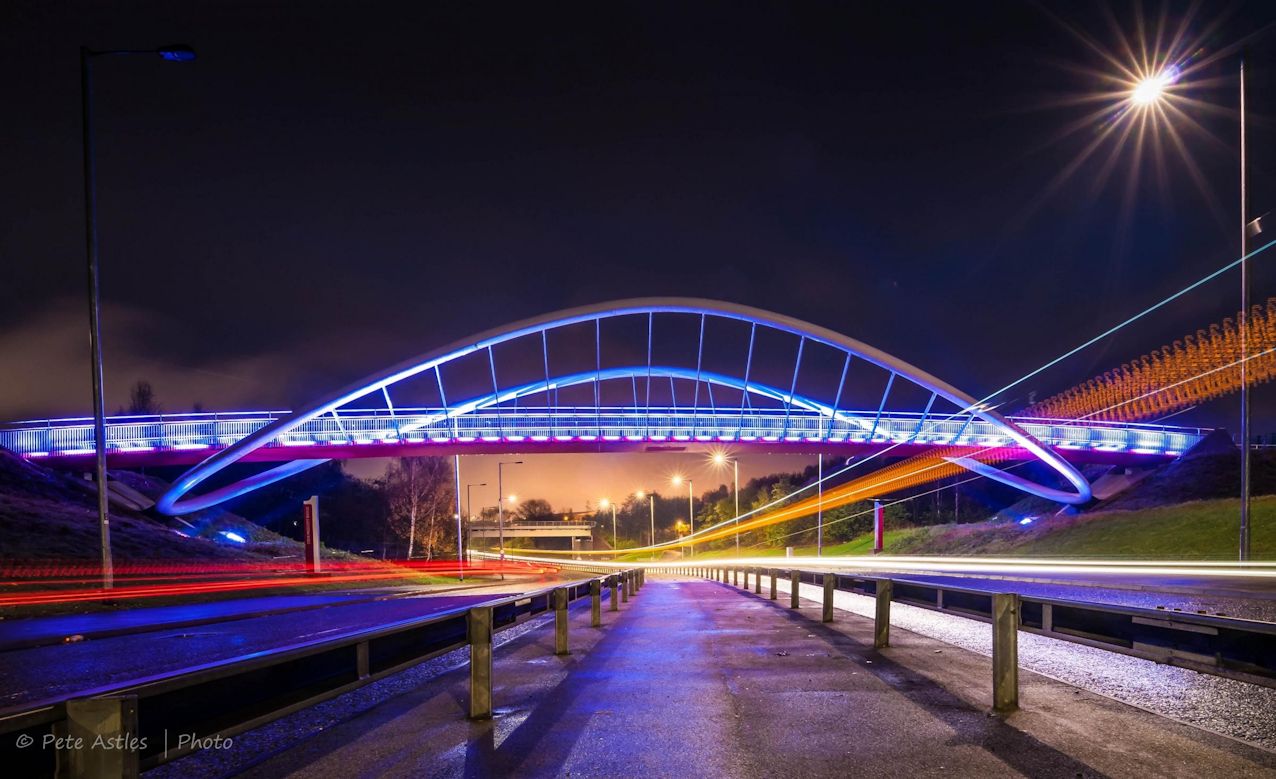 St Helens’ iconic Steve Prescott Bridge is set for a pamper as it undergoes a deep clean this week.

The 60-metre footbridge, which features include a stunning parabolic arch, officially opened in January 2012 and is named after St Helens R.F.C. legend, Steve Prescott MBE, who passed away in 2013 after battling a rare form of abdominal cancer.

With a bridge inspection approaching, the council will carry out overnight cleaning, starting Tuesday 7 September, to remove dirt that has formed over the years caused by the weather.

St Helens Borough Council Leader David Baines said: “The Steve Prescott Bridge is used by thousands of people a year, whether it's crossing on the way to cheer on the mighty Saints or used as a meeting point to mark a certain anniversary or awareness day – so it’s only right that it looks its best in memory of a great man and ambassador for our borough.”

Councillor Andy Bowden, St Helens Borough Council’s Cabinet Member for Environment & Transport, said: “The council continues to do all it can to make sure our road network is maintained to a high standard, and that includes the maintenance of infrastructure like the iconic Steve Prescott Bridge which has established itself as fine borough landmark.

“We know how much the bridge is loved by the people who use it – that’s why it’s so important that it stays in the best possible condition.”

Martin Blondel from the Steve Prescott Foundation, said: “The Steve Prescott Bridge is a beacon of light and hope for everyone who has come through adversity. We are contacted on a daily basis from people all over the world for the bridge to be turned into an iconic landmark of positivity.

Thanks to all at St Helens Council for giving the Steve Prescott Bridge a clean and help to continue the great mans legacy.”

Work is initially scheduled to take place from 7-9 September between the hours of 7:00pm-6:30am, although a further date could be required to complete the works if required.