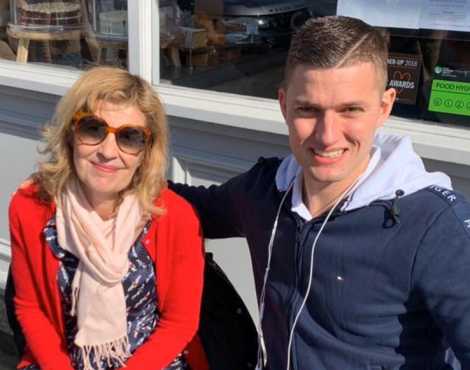 James Watmough has vowed to repay the love and support Linzi Prescott gave to MaryAnne Day, by competing in this summer’s 450-mile Tower to Tower cycle from Paris to Blackpool.

MaryAnne died in January from pseudomyxoma peritonei (PMP), following a two-year fight with the same rare form of cancer suffered by Steve Prescott. The Foundation has raised hundreds of thousands of pounds to increase awareness of and research into the disease since Steve’s death in 2013. And it was through a chance encounter with the SPF that James realised his mother had the same disease that would ultimately see Steve lose his life.

“Last July I went to sponsor my best mate Mark Roddy who was doing Challenge Wembley for the Steve Prescott Foundation,” said the 32-year-old.

“Reading about the charity I saw that Stephen had the same cancer that my mum had got.”

After completing Challenge Wembley - another trademark SPF Challenge that saw competitors cycle 900 miles through France in just 10 days, row 27 miles up the Thames and run a half marathon into Wembley Stadium - Mark introduced James to the charity. 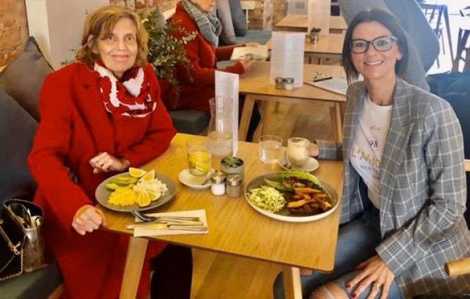 “My mum became very close to Linzi in the last few months of her life,” said James, a Manchester United and Warrington fan who admits he now harbours a soft spot for St Helens.

“Linzi was a real source of strength and a great inspiration. She used to visit my mum in The Christie, they went for lunch and Linzi came round to the house too.

“My mum saw Linzi as an inspiration and a role model. Towards the end we were getting a negative diagnosis and things were bleak, Linzi brought a lot of strength to my mum and gave her some hope. “

Since losing Steve seven years ago, Linzi Prescott has worked tirelessly to continue her husband’s legacy and support those suffering from PMP.

Steve’s selfless bravery in undergoing the pioneering world-first multi-organ operation that rid his body of cancer and almost saved his life, has since given second chances to others.

“We had the big operation in April 2018 at The Christie, which removed the appendix, spleen, part of the bowel and a hysterectomy,” said James.

“After the operation we had HIPEC heated chemotherapy, and 95 % of the cancer had gone. The operation though didn’t quite go to plan as they couldn’t get all the cancer. Some of it was on the liver it was too dangerous and near to major arteries.

“Eventually we were told the chemo wasn’t working. It was prolonging the inevitable. Last October we were told it was just making her weaker. That was a tough period. We dealt with it through denial. It was all bad news from the experts. But Linzi gave the optimism and positivity.”

James adopted Steve’s never-give-up attitude and researched alternative treatments and options, much as Prescott had done when faced with his own bleak prognosis. But MaryAnne had become too weak and James’ beloved mum died on January 8. 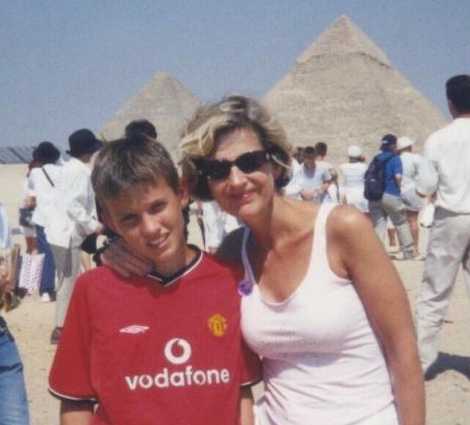 “Christmas was tough. I did the night shift, sitting with her when she fell asleep, helping her to the bathroom in the night, helping her settle in bed. She’d be up seven or eight times a night.

“My sister Victoria did the day shift. She’d get her dressed and I’d carry her downstairs. January 4th she went to the hospice and four days later at home she died. “

With the grief and emotion still raw, James has a focus and a promise he wants to honour this year.

“One of Mum’s last wishes was that I raise money for the SPF and she told me I had to do it, so now I have to do this daft cycle, and my sister will do the trek in Peru later this year.

“I’m doing the Tower to Tower because the SPF is a fantastic charity, Linzi was a great source of strength to my mum and I don’t want other people to suffer with the awful cancer that got my mum and Stephen.

“Raising funds for The Christie will help further research into and treatment of this cancer. And the events you guys put on are very challenging!”

Joining James on this summer’s endurance ride will be rugby league great Chris Joynt, and broadcaster George Riley, both long-time ambassadors of the SPF and close friends of Steve. The pair completed Challenge Wembley last summer with Richard Blowman, who has undertaken several SPF challenges and will return again on the Tower to Tower ride.

Also signed up is teenager Lewis Chorley, who completed Challenge Wembley with close friend Taylor Prescott and is poised to run 10km in 10 days for the SPF, and Dave Howarth who has conquered Everest, Kilimanjaro and Challenge Wembley.

You can sponsor James here www.justgiving.com/fundraising/james-watmough6 or why not go one better and join him on the Tower to Tower cycle or another of this year’s Official SPF events.

What the mind believes the body achieves, and the Steve Prescott Foundation cannot do what it does without you. 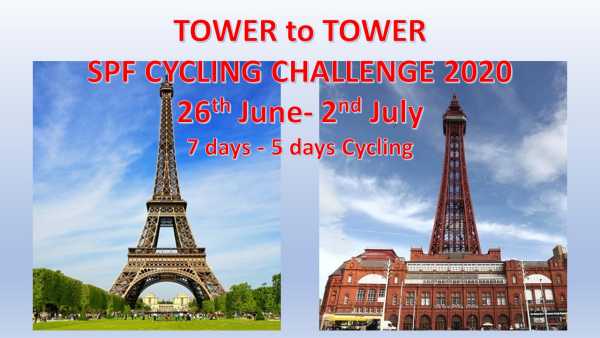