Plans to enlighten the Steve Prescott Foundation on The Christie progress after donations totalling £593,549.24 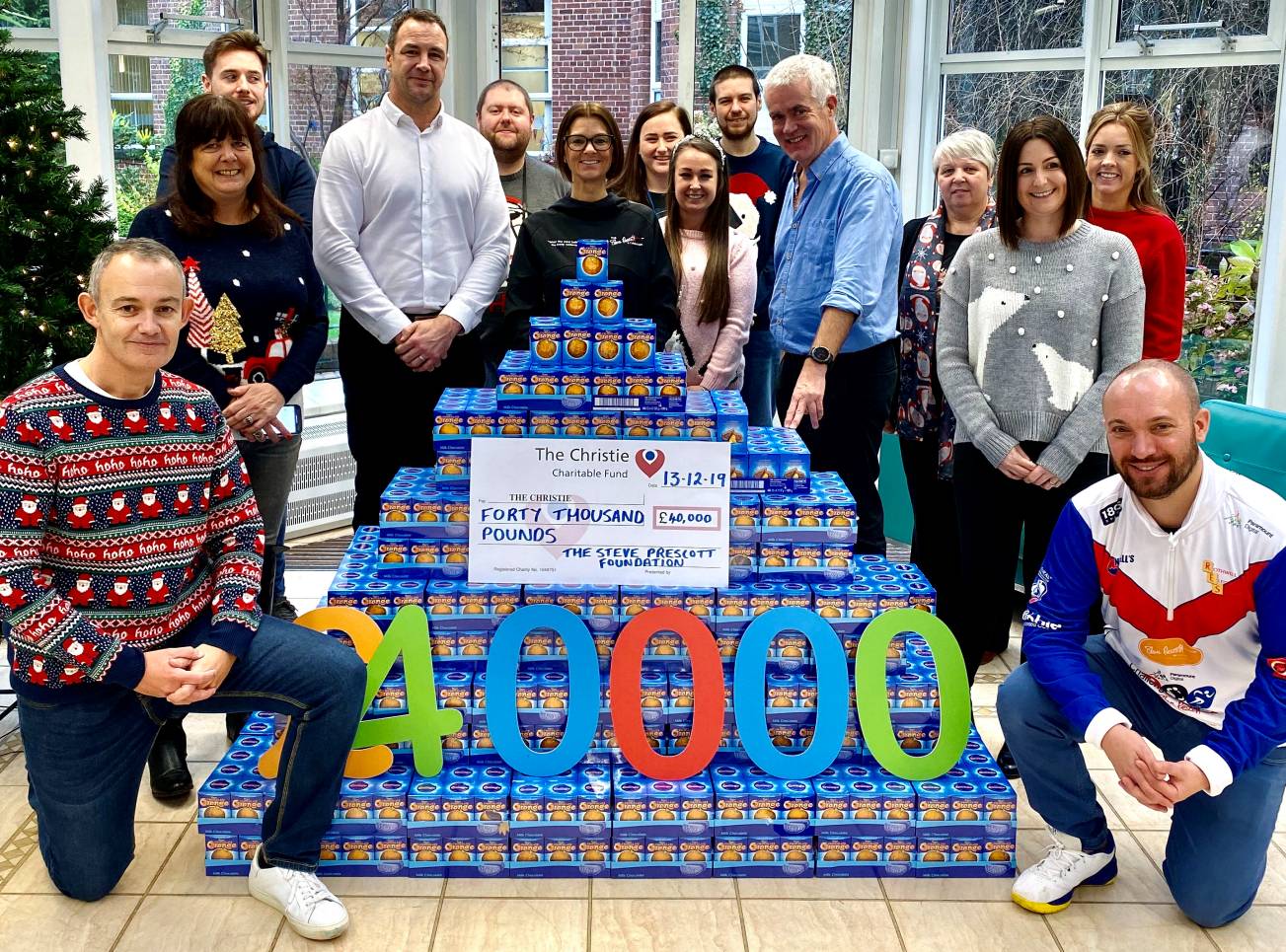 Prof Mark Saunders on behalf of the peritoneal service at The Christie says.

"Once again we are so grateful for the extremely kind and generous donation of £40,000 which now represents a total of £593,549.24 given to The Peritoneal Tumour Service and The Christie Charity by the SPF. These donations specifically support projects directed to improving our knowledge and outcomes for patients with peritoneal cancers similar to that which unfortunately Steve Prescott endured.

"We allocate the monies to a wide range of projects including patient and carer support, education, and research and we are meeting with the representatives of the Steve Prescott Foundation in the New Year to identify a specific allocation for this donation. One of the many exciting areas we are already exploring are the genetic changes in peritoneal tumours. We are trying to understand why and how cancers spread and how we can target them with novel forms of chemotherapy.'

The SPF Trustees were also accompanied by staff from Handepay of Haydock who have very generously donated a magnificent 2,800 Chocolate Oranges on Make a Difference (MAD) Friday in appreciation of all the NHS staff at the hospital. MAD Friday is the idea of Chris Lamb from St Helens in memory of his son Elliott who very sadly passed away in 2010 aged just 4 years old. Chris says, ‘I wanted to do something positive, to cherish all those precious memories of Elliott and to say a small but special thank you to those remarkable people who had looked after him throughout his four short years.’

Laura Drury from Handepay says, ‘ “The Steve Prescott Foundation is a cause close to our hearts and we are proud to continue contributing to the brilliant fundraising work Steve did in the final years of his life. NHS staff work tirelessly and selflessly all year round, we are honoured to donate and be invited to present a small token of our appreciation to each member of staff at The Christie.” 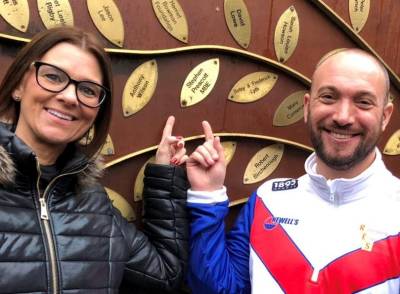 The SPF donation is the culmination of the amazing fundraising and donations from supporters and sponsors for SPF events during 2019 including the Challenge Wembley cycling event, the Grand Canyon Trek, the Lol Pennington Memorial Bowls event and the St Helens 10k run. Donations to the SPF received during 2019 are inspired by Steve Prescott MBE who passed away in November 2013. Steve played rugby league for St Helens, Hull FC and Wakefield Trinity Wildcats and was a Great Britain and Ireland international.

Steve was diagnosed with a rare abdominal cancer, pseudomyxoma peritonei (PMP) in 2006 and formed the SPF in 2007 to raise awareness and funds for the Rugby League Benevolent Fund and The Christie in Manchester. Steve undertook many physically and mentally exhausting challenges during his illness to raise funds and awareness of the charities close to his heart. In October 2013 he underwent a pioneering multi visceral transplant of the small bowel, pancreas, duodenum and abdominal wall at the Oxford Transplant Unit and although this procedure eradicated the cancer Steve passed away a few weeks later due to complications of surgery.

Linzi Prescott said. ‘We are delighted to continue to support The Christie including their research programme for Pseudomyxoma related conditions. The SPF is so grateful to all the people who have completed challenges for us this year and for all the donations we have received. It really does make a difference to people’s lives.’’

This year, the SPF is donating a significant sum to The Christie, the Rugby League Benevolent Fund and the SPF Special Causes Fund as a result of donations received during the year.

SPF fundraising challenges for 2020 include the GPW Recruitment St Helens 10k Run on Sunday 1st March, the Kilimanjaro trek in March, the Tower to Tower Cycling Challenge in June, the Yorkshire Three Peaks challenge in September and the Machu Picchu and Rainbow Mountains trek in October.