Our ‘Godsend’ Joanne has received one of the highest honour for her volunteering efforts. 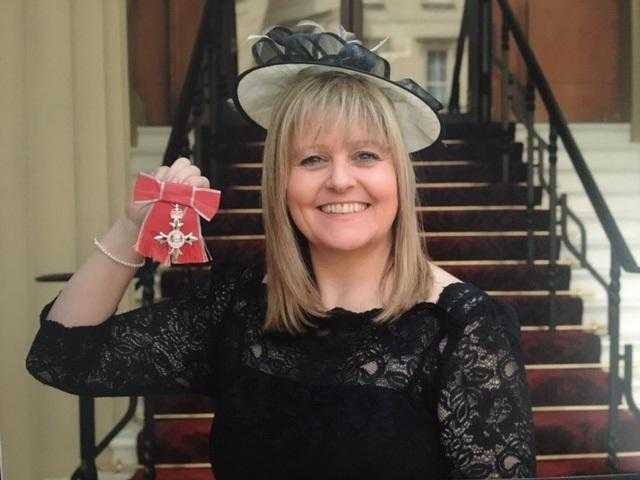 TIRELESS volunteer Joanne Griffiths says she will always treasure the MBE she collected at Buckingham Palace earlier in the month.

Joanne, who has been volunteering for 36 years, attended her investiture on Friday, May 20 and was presented with the award by the Prince of Wales.

The SPF committee member and mother-of-two from Eccleston was recognised in the New Year's Honours list for services to young people and the community in St Helens.

Joanne began volunteering aged 14 when she set up a 'Story Club' at St Luke's Church in Knowsley Road, where she read to seven and eight-year-olds.

Since then she has been a Sunday School teacher, led youth and toddler groups, and been the Guide Guider at St Luke's.

Joanne's husband Paul and daughters Rebecca and Gemma went to the MBE ceremony.

Joanne said: "I felt honoured to be there; the whole experience was wonderful from start to finish and I'll treasure this special memory forever."

She said Prince Charles commended the work she has carried out and added he said he could see that she was the kind of person who couldn't say "no" and said people said that of him too.

She said: "He finished by saying 'thank God for people like you and for those who took it upon themselves to recognise the great work you do'."

In January this year, Joanne underwent surgery for a heart condition, cardiomyopathy, she was first diagnosed with in 2011.

Linzi Prescott, Trustee of The Steve Prescott Foundation added ‘Without the support from Joanne, the SPF wouldn’t be in the reputable position it is to this day, she has helped keep Steve’s legacy alive and been a huge part of helping us achieve the Million Pound Year of the charity’.