On 13th and 14th June the Steve Prescott Foundation will be taking up their latest challenge, cycling from Arighi Bianchi in Macclesfield to the famous Cat & Fiddle pub in Buxton 22 times, equivalent to cycling the distance to the summit of Everest.

‘In March 2009 I was out on my bike with my friend Louise. I was going over Ashurst Beacon when I got a sudden headache. It was unusual as I don't usually get headaches. We got to Parbold and I decided to start heading back home as my head wasn't getting any better. I cycled 15 miles home and started to realise that there was something not quite right. I went to the walk in centre and was soon sent to Whiston hospital where I had a brain scan. I was told I had a bleed to the brain and was getting transferred to Walton for further investigation. At Walton tests confirmed I had a conservative bleed and not an aneurism as was first thought. Basically I had a weak vessel in the brain that burst - probably due to straining climbing up the hills! I was told not to stop training as had done as it was a weak vessel and could have burst digging the garden. The consultant told me that it was highly unlikely to happen again and that there was more of a chance of it happening to him than me!

After this I was very nervous of going out on my bike especially on hills. But after a few weeks I was back on my bike and 6 weeks later in May 2009 qualified for the European duathlon age group championships in Budapest where I came ninth in my age group.

In 2010 I was doing the qualifier for the world duathlon championships which was held in Edinburgh, September that year. I sustained a knee injury in the race and was waiting to have it investigated when I discovered a lump in my breast and it was confirmed I had grade 3 breast cancer. I underwent treatment that consisted of chemo that shrunk the lump followed by an operation to remove what remained of the lump followed by radiotherapy. I had to put my knee injury on hold. I kept up my biking throughout the treatment as I had seen that Steve Prescott was doing all his challenges and decided to take a leaf out of his book. During the treatment I took part in a fashion show at the hospital for national breast cancer week and have been on the committee for the breast unit fundraising since. Last year I did the Tour de France for the SPF which was very challenging. This year’s Everest challenge over the two days is 100 miles further and 10,000ft of climbing more.’

If Karen’s story has inspired you to take part in the Everest Challenge, there are several challenges and sponsorship packages available.

For further details go to http://www.steveprescottfoundation.co.uk/events/official-events/315-arighi-bianchi-everest-challenge-june-13th-and-14th-2015 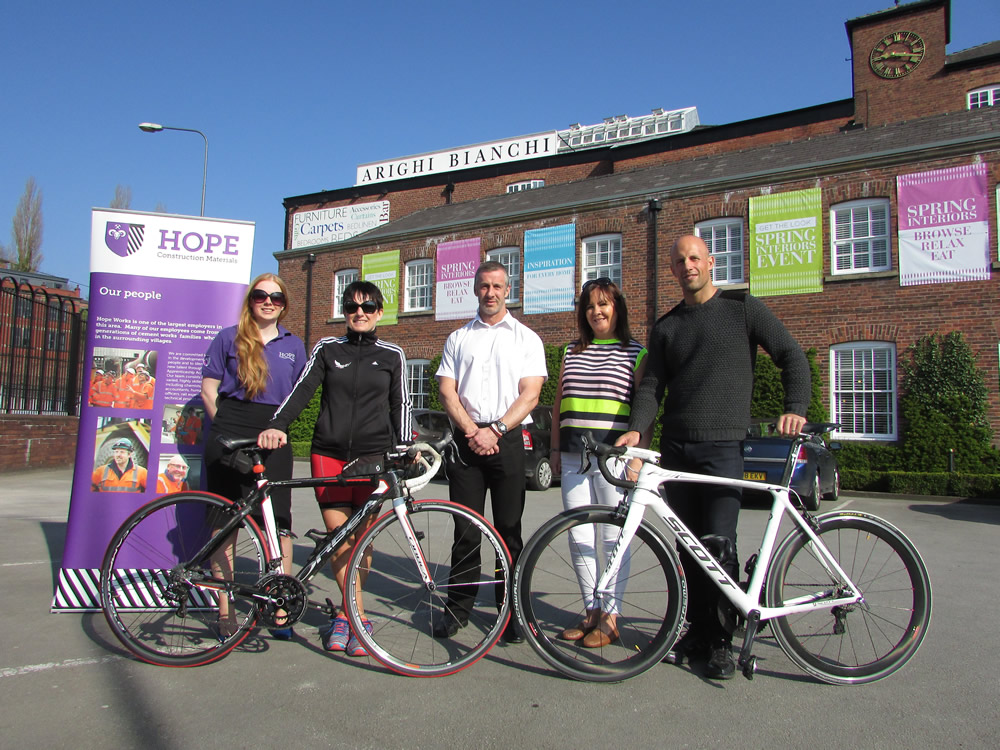