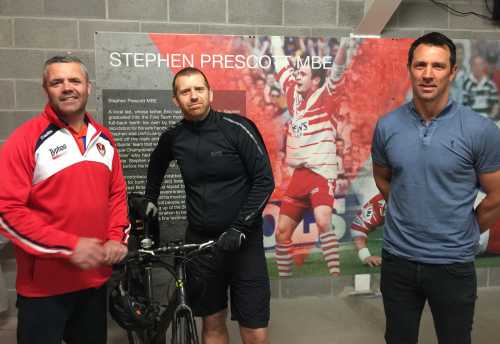 Andy Devaynes from St Helens gave himself an immense challenge when he set off from Lands End to John O’Groats on 20th May.  Former amateur rugby league player Andy completed the 930 mile route over seven days raising funds and awareness for the Steve Prescott Foundation on the way. He has already raised over £1000 in the process.

Andrew says, ‘I am 34 years old, married with two daughters and currently studying towards a PhD. I played rugby league for Clockface Miners ARLFC for 10 years and represented Edge Hill University in the Challenge Cup in 2011. After calling time on playing rugby I took up cycling and ride natural trails in the Lake District, Peak District and surrounding areas most weekends. I regularly cycle to Edge Hill University taking my annual mileage to around 4000 miles each year. Steve’s fundraising was an inspiration and has inspired me to undertake my own challenges, so this year I am running the Manchester marathon and cycling LEJOG unsupported in 7 days.’

Andy says of his experience, “I thoroughly enjoyed it with the only ‘dark’ moment being the last hour of the first day with an 11 mile climb in the rain and fading light, thinking if we hadn’t detoured to the Lizard I would be in a nice warm hotel now.” 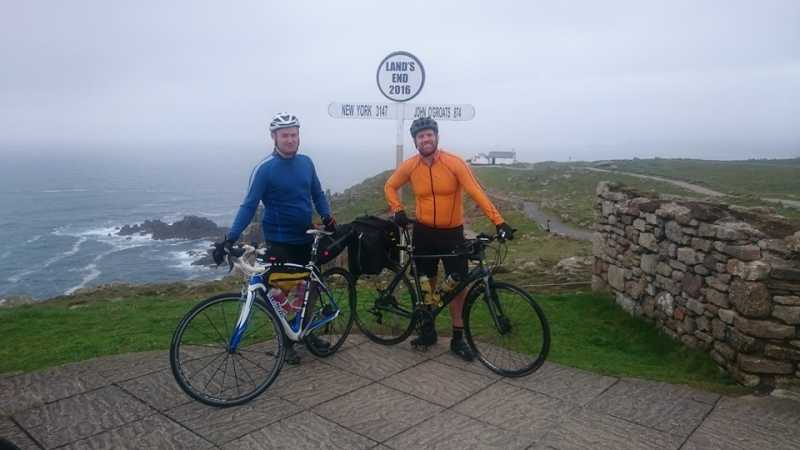 “Each day was a long one with little time to relax and recover but was manageable. The highlight was cycling between Crianlarich and Fort William where the scenery is quite stunning and the welcome we got in the café at John O’Groats with a free hot drink, certificate, medal and entering our names and cause in the visitor book which was totally unexpected.” 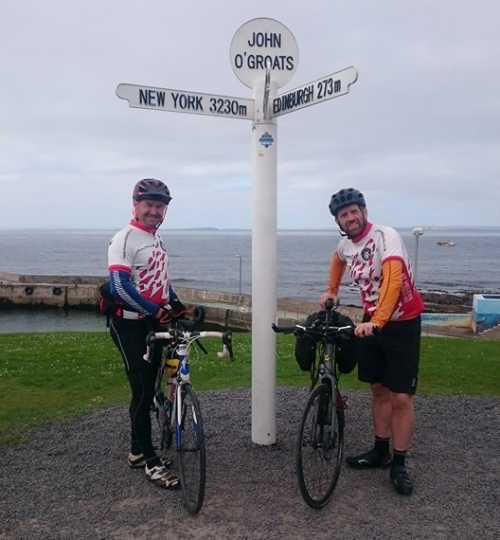 “I was suffering with an inflamed left achilles the last 3 days which was agonising the first hour or so until it warmed up but thinking of what Steve must have been going through inspired me to ‘man up’. The head winds were tough the last 2 days but we still made good pace and were finishing around the time we expected. The legs didn’t seem to get fatigued; instead I seemed to build a level of endurance where as long as I kept eating they would keep turning the pedals.

Andy was accompanied by friend Paul Fay. Andy acknowledged Paul’s support and says it was great to have someone to share the experience with.

Sincere congratulations to Andy for completing his challenge. Its really great to know Precky continues to inspire people to push themselves to the limit. Thank you for choosing the SPF as your nominated charity in our Million Pound Year.

You can still donate at https://www.justgiving.com/Andy-Devaynes/