Hull FC fan Ian Lancaster celebrated his 50th birthday last weekend and instead of presents, he asked all of his guests to make a donation to the Steve Prescott Foundation. Ian’s family and friends donated a fantastic £380 for the SPF.

Ian says ‘I’ve been a rugby league supporter for a long time. My dad was always asking me to go to Hull FC games when I was a kid. One Sunday afternoon, at about quarter to three I asked if we were going to go to the game. We ran from our house to the Boulevard to see Hull play Bramley. The game was abandoned shortly after half time as Hull ran out of clean shirts. This was the only game I ever got to see with my Dad. He died of stomach cancer the following year. I was hooked on the game though and continued to watch, play, manage and referee it.

Steve Prescott always had a special place in the hearts of the Hull fans and he gave us some great memories. It came as a great shock when he was diagnosed with his illness, but his attitude in fighting it was an inspiration to us all. I was at the KC when the news broke that Steve had died and it felt like we had lost a member of the family.

When my 50th was approaching, I began to reflect on life and decided that I didn’t want anything for me. I would rather my family and friends donated to a charity that meant something to me and the Steve Prescott Foundation was the obvious choice. I think losing my dad the way I did makes the resonance with the foundation pretty strong.’

A massive thank you to Ian, his family and friends for their fantastic kindness and generosity. Their donations will really make a difference to others at The Christie, Try Assist and the Oxford Transplant Foundation. 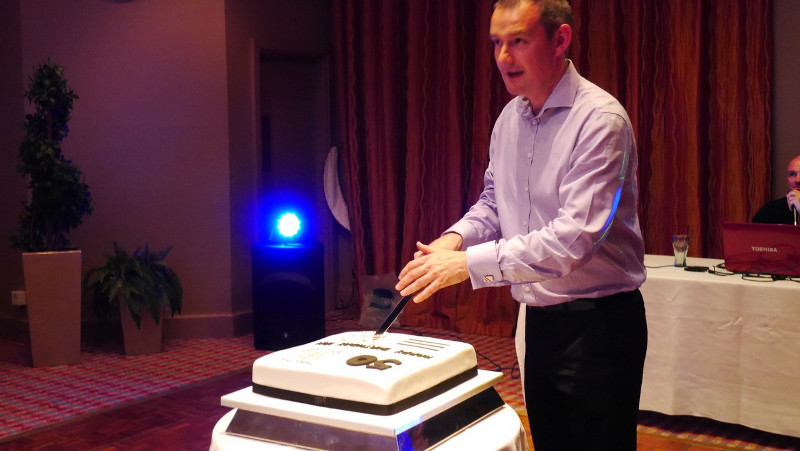