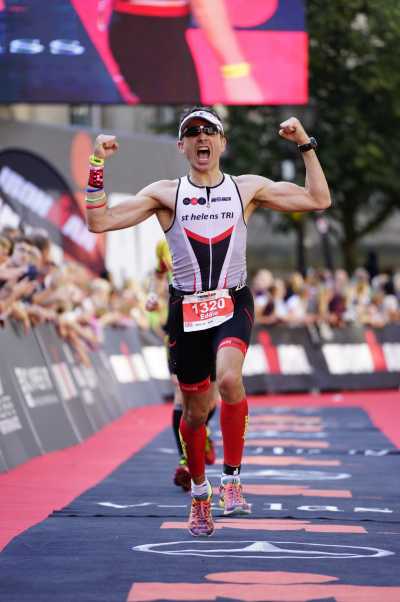 “I was up at 0300 hours for breakfast at 0330 hours.  I got a lift down to the swim start at Pennington Flash.  After checking my bike and having a general chin wag with fellow competitors, we all stood waiting slightly nervous and excited.  The announcer guy / DJ then banged out ACDC - Thunderstruck. Everybody was bouncing from that point!”

“0600 hours. We got in the water for a rolling start.  The swim went ok, a steady time of 1 hour and 15 minutes.  It was straight into a muddy transition area and on to the bike.  The bike course is a fast and furious 112 miles with some good 'lumps'. I got into a good rhythm and managed to work my way up the field with a solid time of 6hours and 5 minutes for the bike section.  It was the into  the Macron Stadium car park area for the second transition area.  Trainers and hat on; it was off for a full marathon round Bolton.  The support was loud, in your face and inspiring. I held it together and managed to carry on moving up the field eventually finishing in 11 hours and 25 minutes (189th out of 2500).”

“I was really pleased with how it went after a good few months of increasingly harder training. The event has certainly gained the attention of my family, friends, teammates and colleagues who gave me great support.  As a result I have gained a good number of additional sponsors for the Steve Prescott Foundation.

“A bonus of the training process for the Ironman was that I entered a standard distance triathlon as part of the build up / training plan.   It was a GB Age Group qualifying event, so I thought 'why not let's have a go'.  Well I finished high enough up to qualify to represent the Great Britain Age Group triathlon team (40-45year) at the World Championships in Cozumel, Mexico in September. So I'll carry on my SPF fundraising in Mexico with my sombrero!

What the mind believes the body achieves!”

Congratulations to Eddie for his GB selection. It’s really fantastic to know he will gain international experience and spread the word about the SPF to an international community.  Good luck at the World Championships.  Thank you so much for choosing the SPF as a nominated charity in our Million Pound Year.

You can sponsor Eddie at virginmoneygiving.com/EddieHirst 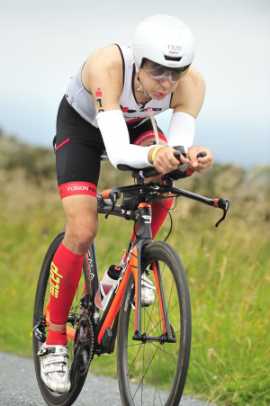 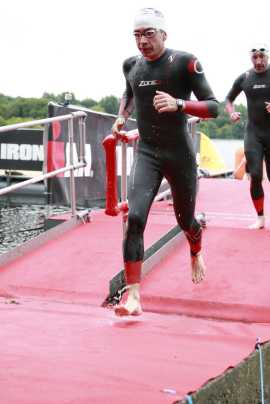 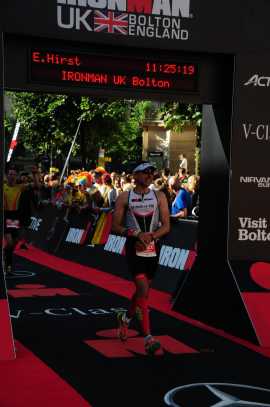