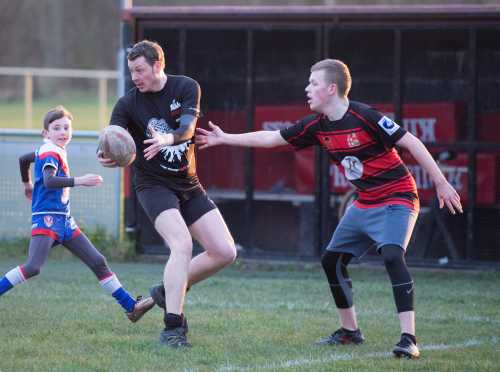 St Helens Council has been successful in their application to take part in the prestigious 6 a side O2Biz Touch Rugby Challenge 2016 at Twickenham on 12th May.

This year O2 Business UK will be raising funds for the NSPCC but they invite participating teams to nominate their own charity for their fund raising. A total of just 24 teams are chosen from nominations from across the country and undertake a commitment to raise a minimum of £3000. St Helens Council has very kindly nominated the Steve Prescott Foundation as their chosen charity.

SPF ambassador and former Saints and GB captain Paul Sculthorpe MBE will be supporting the St Helens Council team on their trip to Twickenham and will be able to offer his specialist advice for the big occasion. Not only has Scully a fantastic record of winning silverware but he is also a regular participant in the Dubai sevens rugby union tournament. Scully also led Saints to their Challenge Cup victory over Huddersfield in 2006 at Twickenham. 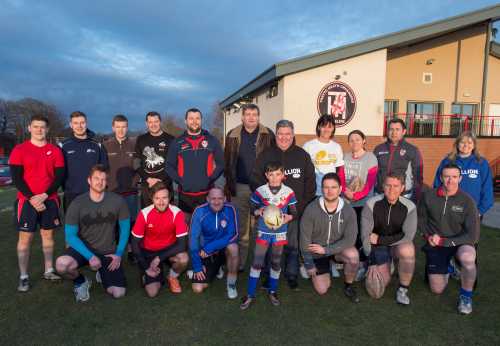 Training has already started with a vengeance with a session taking place at Thatto Heath Crusaders AFC. Former Warrington Wolves captain and SPF ambassador Lee Briers has kindly offered to coach the team. Lee also coaches Thatto Heath Crusaders U 13s team. The council has been invited to submit a squad of 10 to go head-to-head with other organisations.

Chief Executive of St Helens Council and rugby enthusiast, Mike Palin, who will help coach the team, said: “Rugby certainly brings people in St Helens together and it was great to see the game that I and so many around here love played in such good spirits.’’

“We’re in the fortunate position of being spoilt for choice in regards to selecting a team to represent St Helens Council and I’m confident we can go down there and do the business, while raising money for a worthy cause.”

The SPF is delighted to be chosen as the nominated charity as not only will it raise funds for the Christie, the Rugby League Benevolent Fund and also the SPF Special Causes fund in our Million Pound Year, it will also showcase the SPF to a huge audience at Twickenham.

We wish the St Helens Council squad good luck with their training and wish them every success in the tournament at Twickenham.

You can donate to their Just Giving page at  www.justgiving.com/SthelensCouncil