Mark Milsom, a lifelong Wakefield Trinity Wildcats nut, is being inspired by Steve Prescott’s incredible feats and now has a challenge of his own.

Mark, 54, who lives in Beverley, has not even sat on a road bike for over 40 years, and has only owned his own bike for the last 6 weeks! Mark and fellow Altisidora employee Sam Latham, and his father Tony, are joining Mark as they travel from the KC Stadium Hull leaving on 29th April then on to Belle Vue, Wakefield and aim to arrive at Langtree Park on Friday 1st May for the Super League clash between Saints and Wakefield to enjoy the game....hopefully! They will visit all three of Steve's Super League clubs.

Mark and his partner Di tied the knot last September and asked for charity donations instead of gifts, thus raising £300 for the SPF and £200 for Cancer Research UK.
They run the Altisidora pub in Bishop Burton, near Beverley. While on honeymoon Mark read Steve's autobiography and was immediately inspired! He felt moved sufficiently to get out of his own comfort zone for the SPF. Never being comfortable running, although he has since entered the Hull 10k in June as part of TeamPrescott, Mark has been doing some cycling already at the gym in order to develop his fitness. Mark is also immensely impressed by Paul Sculthorpe’s support of Precky on many of his challenges. Mark acknowledges that Scully was immense during Steve's illness!! And continues to raise funds for the SPF in his role as an Ambassador of SPF.

Mark is hoping to meet Scully on his arrival at Langtree Park on 1st May. Lets ensure Mark, Sam and Tony get a fantastic welcome from both sets of fans too.

You can donate to Mark’s bike ride at www.justgiving.com/1PreckyMarkMilsom 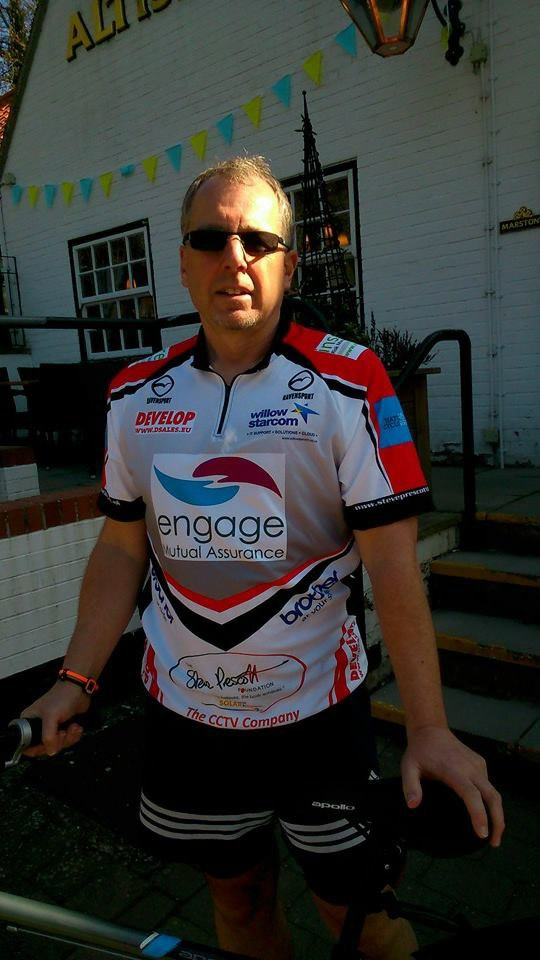