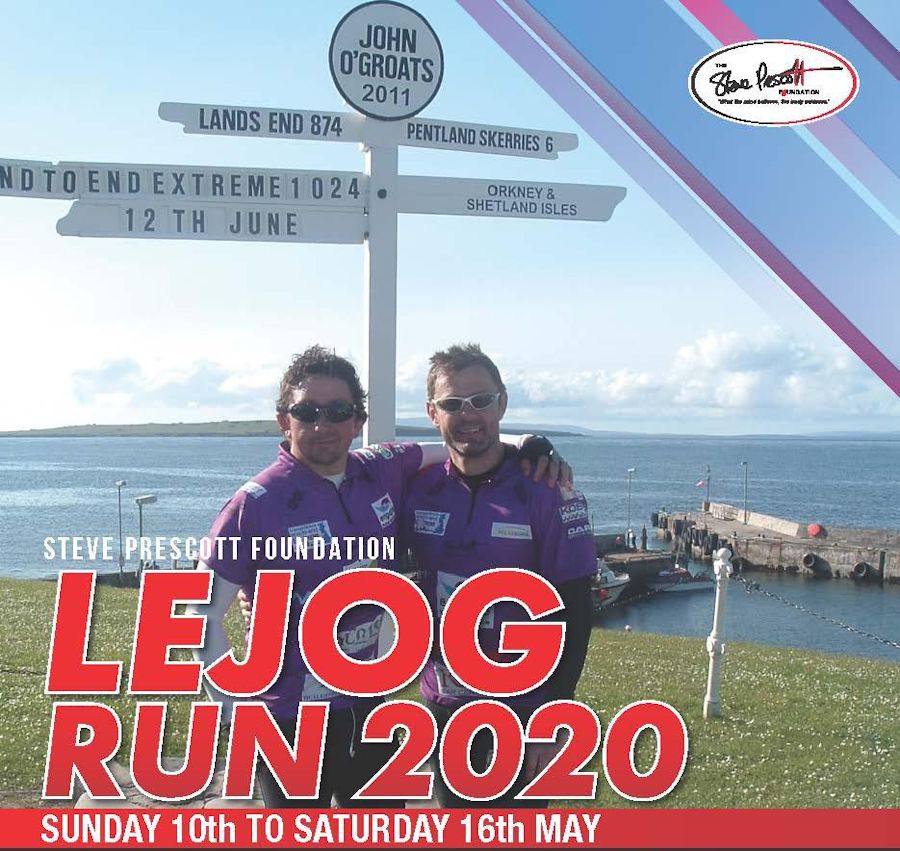 In these difficult times registered charity the Steve Prescott Foundation organised a special event in memory of Steve Prescott and SPF Trustee Steve White. They recruited runners to Team Precky to take part in a Virtual run 874 miles from Lands End to John O’Groats in 7 days.

Each day a team of a minimum 20 runners were recruited to each run 10k (6.21miles) to complete a leg of the journey. The average day’s run was 125 miles.

A total of 92 runners took part with donations from supporters being made to a team Just Giving page. To date a magnificent £12,502 has been raised. Each runner who raised more than £50 received a special Team Precky - SPF LEJOG RUN T Shirt as a memento of the run.

The first team of runners set off from Lands End on Sunday 10th May, led by Taylor Prescott. Each runner recorded their run digitally and submitted evidence of their run to the SPF Facebook page for ratification. All runners had to comply with social distancing rules if running outside and complete their run within the time limit of 1 hour 45 minutes in line with the requirements for the St Helens 10k run.

The final leg on Saturday from Inverness to John O’Groats featured the General Manager of the SPF Martin Blondel completing a 10k for the first time in a time of 1hour 36 minutes.

Martin said: Well that was different. It has been amazing to see so many in these testing times come together and join in one common goal of raising funds and continuing the great mans legacy! Together as #TeamPrecky we have managed to run a phenomenal 963 Miles.

Linzi Prescott Trustee of the SPF, who also ran a leg of the event added: Thank you to everyone who took part in the #SPFLEJOG2020 virtual run over the past 7 days, especially to those who ran multiple days. The event has raised over £12,000 for The Steve Prescott Foundation. We are very grateful for the continued support during these crazy times.

Donations can be made to the SPF LEJOG RUN Team JustGiving page here: www.justgiving.com/team/spflejogrun2020 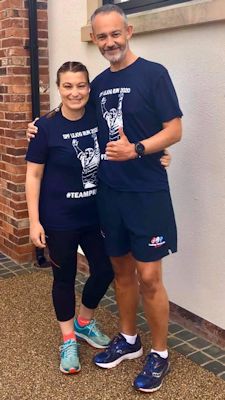 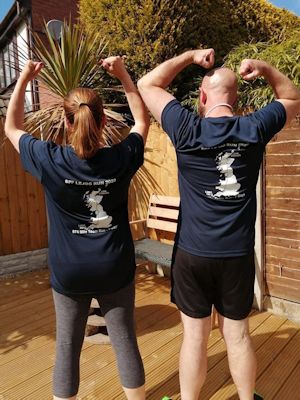 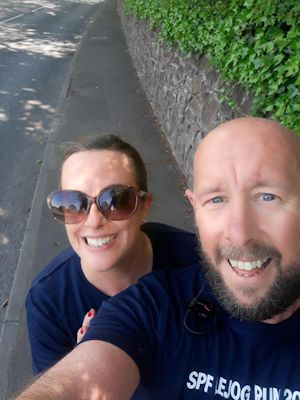