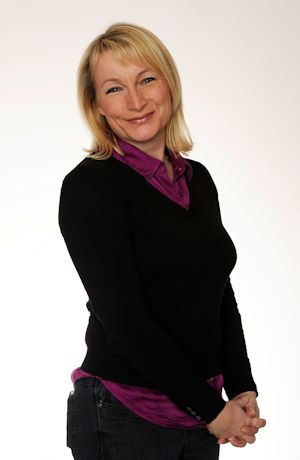 Reason to “Kill the Hill”: To see if I have it in me. I’ve been gobsmacked by the things others have done with Steve and always thought ‘I could never do that’. I want to prove me wrong ...and if I can do it maybe others might challenge their own self doubts.

What are you most looking forward to: The end! Seriously, seeing the world from the top with that sense of achievement.

What are you least looking forward to: Going potty through lack of oxygen

Where: Trough of Bowland

Oh, how we used to mock. Look at those sad ramblers, with their waterproofs and hiking boots and walking sticks and bobble hats. Look at them, all wrapped up, with their meat pies and Kendal Mint Cake ‘just in case’. Get a proper hobby that takes a bit of effort.
Not any more. Oh, no.
A week after discovering the ‘hell’ in Scafell, with the subsequent seized knees, stiff quads and bruised backsides, our Spectrum Kilimanjaro Challenge training opted for the more sedate pace of a weekend climbing the gentle rolling hills of the Trough of Bowland.
We were staying at Smelt Mill, the base for the Bowland Pennine Mountain Rescue Team, with the promise of a stroll through an area of outstanding natural beauty, coupled with a few refreshments and team bonding games on the Saturday evening.
The ‘Mountain Rescue’ bit of that should have sounded alarm bells really. If it’s that gentle and pretty and relaxing, why would anyone need rescuing? Well, five hours into day one I was fantasising about succumbing to a badly twisted ankle and working out the best place to ‘collapse’ so the air ambulance could land close enough. Yes, it was that hard.

The day began when the (brilliant) team of volunteer guides/mountain rescuers talked us through the schedule. I don’t remember them saying ‘this will make or break you, bring your game day head because it’s gonna hurt’. All I remember was ‘1730-1800 Cottage Pie and drinks’. Maybe I wasn’t listening properly. At that stage the biggest worry was whether I’d packed enough crisps and Percy Pigs.
The shock of the reality hit somewhere between “wear your long pants because there are deadly ticks ready to bite in them there hills’ and the point where we were on a 60 angle walking amongst ferns which grew so tall you could only see their leaves and sky. And that was two minutes in.
Five minutes in and I was being blinded by my own sweat. Six minutes in and I realised ‘no, definitely not enough Percy Pigs’. Little did I know that later that day I would dream about being back among those jungle fems.
Look at the pictures here and you see England’s beauty, all rolling green and meandering streams. Get up close and personal and it’s enemy territory. Marshes and bogs hide beneath the pretty heather and bracken, waiting to suck you in to their dark and murky depths. Every step is a challenge because there really is no such thing as a decent foothold. Those walking poles become your best friends as you prod the earth for solid purchase, or lean on them for leverage in the most hostile terrain. And this is high summer remember.

BRINGING UP THE REAR

Our band of brothers (and sisters) this weekend was made up of members of the Kilimanjaro Challenge team, and my partner Dean, who’d woken up this time. Among us, the former GB and St Helens winger Alan Hunte, and fellow ex-wire Neil Harmon. Jenna, Queen of the Selfie Stick, was there too as well as the actor Matt Lewis, and the two other females in the Killmanjaro crew, Hayley Russell and Janet Caldwell, plus her husband Paddy.
It soon became apparent who would be forging ahead and who would be bringing up the rear. The latter was composed of, well, me. And Alan Hunte, whose years of top flight rugby league had played havoc with his joints.
I became a bit cross with the ‘flyers’ especially as we’d see them stop ahead, waiting for us to catch up, only to start again as soon as we did, giving them a nice rest and us nothing of the sort.
On day two, early into the climb, that became a big issue in my head. My knees were playing up and the crest of this particular climb seemed unreachable. Still, the fast ones were flying off into the distance. I will admit, I put my head down and had a little cry. But as Steve said, it ain’t a challenge unless it’s challenging so I ploughed on, sulkily.

It’s a cliche to say you can never appreciate something in the moment, but only when you look back when it’s over. The final descent on day one was long and steep and for those of us with rubbish knees, a killer. It took a while to get down but then, when we did, we looked back and the view caught our breath.  From the bottom looking up, your head would say, ‘that’s unconquerable’. But when you know you have indeed scaled that beast, your head tells you, ‘see, you CAN do it’.
Every single one of us had our own challenges that weekend, every single one of us learned something about ourselves. My own particular lesson was this: You know you are going to do it, so quit with the whinging and do it. It won’t make it any easier but it’ll be a hell of a lot more pleasant for everyone else who doesn’t want to hear the moaning.

The Trough of Bowland is breathtaking. The pictures cannot do it justice. You have to see it. And to see it from our viewpoint, you have to climb. On day one we walked 15 miles in eight gruelling hours, and sometimes it’s the boredom of the ‘one foot in front of the other’ trudge that gets to you. When our guide stopped the group to offer the option of a short cut that would shorten the walk by about two hours, I admit my hand was ready to rise. The decision was made for us by the front runners though, and I’m glad we cracked on. We saw parts of England we would never have dreamt of had we not accepted the Kilimanjaro challenge, so we are already the richer for it.
Along the way I got to meet properly for the first time some of the team, and those few moments of chat and climb together made it all worthwhile. Chico Jackson, Barry Brown, Phil Leivesley, and John Hodkinson were all names on a round robin email before that weekend, but they became comrades overnight.  That’s going to be invaluable when the real tough climb comes along. Add to that list Adrian Cunliffe, whose idea this was,  and mad hairdresser Paul Heesom, two characters you couldn’t invent even on your most imaginative days, believe me.
The evening was for drinking and swapping stories and being daft and having a laugh. They call it team bonding, and it worked. What goes on tour, stays on tour. And facebook.

Last word has to go to the Smelt Mill team. These guys walked every step of the way with us, taking turns to lead and set the pace, or shore up the rear. They are volunteers, and trained to be there to save lives when the occasion arises. We never see them from our little suburban cafes and parks. But they do an amazing job, making sure we are safe as we explore these hidden bits of English countryside. Thanks guys.
The aftermath of this weekend wasn’t quite so painful as the Scafell experience, the joints and muscles were back to normal by Tuesday, which is a sign that we are all getting that bit stronger.

Bring on October and that African mountain. I’ve rambled the Trough of Bowland, I have nothing to fear from you.