Linzi Prescott recognised by Women of the Year 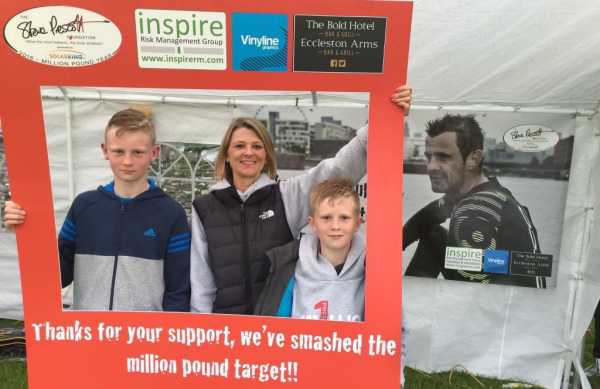 Linzi Prescott, 42, has been invited to join over 400 women from all walks of life at the Women of the Year Lunch as a ‘2017 Woman of Achievement’. Each guest is regarded as a ‘Woman of the Year’ and represents not only herself, but the millions of women who make a difference every day.

Linzi Prescott is a Trustee of the Steve Prescott Foundation (SPF), the charity set up in 2007 by her husband Steve following his diagnosis with a rare abdominal cancer pseudomyxoma peritonei (PMP). Steve was the former Great Britain and Ireland rugby league international who played for St Helens, Wakefield and Hull during his illustrious career. The SPF has raised over a million pounds for and awareness of the Rugby League Benevolent Fund, The Christie in Manchester and the SPF Special Causes Fund.

In October 2013, Steve Prescott underwent the world’s first multi visceral transplant for a PMP patient.  He had beaten cancer but on November 9th 2013 he died after the donor's organs rejected Steve’s body; this is known as Graft Verses Host Disease (GVHD). Steve's bravery in pushing for the approval of this pioneering surgery in UK has saved four lives so far and it is projected that this procedure will go world wide so that many more lives will be saved in the future.

In recognition of his amazing fundraising efforts Steve was awarded an MBE.  Rugby league’s end of season Man of Steel award is now named after him.

Mum of two Linzi from Eccleston, St Helens continues the amazing work of the SPF as an inspiring leader and figurehead of the charity.  Last year she joined a team to climb to Everest Base camp and Kalapatar.

As it happens Linzi will be away on a Fund Raising challenge at the time of the ‘Women of the Year Lunch’ in October as a member of a 46 strong party to trek to the summit of Mt Kilimanjaro and to play the World’s highest game of football.

Under Linzi’s strong guidance the SPF continues to thrive and inspire others. The money raised really does save people’s lives. 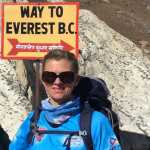 "I was extremely shocked and humbled to receive the invitation to the Woman of the Year Awards. The Steve Prescott Foundation has been a huge part of my life for the past 10 years. I feel that it is a natural thing for me to continue Stephen’s legacy. During the last years of his short life, he worked tirelessly to raise funds and awareness for his chosen charities, which were very close to his heart. It is up to me, Taylor and Koby to continue his good work.

I am very proud that with the research the SPF have funded, the bravery Stephen showed and his selfless attitude, the Steve Prescott Foundation has changed people’s lives and I feel privileged to have become friends with some of these special people.

I will always dedicate my time and effort to our boys and to the Steve Prescott Foundation as these were Stephen’s life. I don’t do it for any accolade, I do it for Stephen, but I very much appreciate this recognition.

Unfortunately, I am unable to attend the Awards as I will be climbing Kilimanjaro, the World’s highest free standing mountain, with a team of 46 other SPF supporters. I wish all the invitees a very special day."

This year’s event will take place on Monday 16 October 2017 at the InterContinental Hotel, Park Lane, London.

Women of the Year has recognised, celebrated and inspired women of all backgrounds since 1955 and continues to shine a light on ordinary women, doing extraordinary work, through an annual Lunch and Awards ceremony, Alumnae events and on-going foundation work.

Sandi Toksvig, President of Women of the Year, said: "I’m looking forward to the honour of welcoming these incredible women to the Lunch in October. These women are making a huge difference in their own way, and it’s important that we celebrate such extraordinary work. I would love to show the room to every schoolgirl growing up in Britain today and tell them ‘you can be whatever you want to be: just look at these incredible women.’”

Exceptional women will receive special awards at the Lunch for being an inspiration to others, demonstrated by their courage, selflessness and dedication. These special Women of the Year Awards are sponsored by Barclays, Good Housekeeping, ITV’s Lorraine and Prudential and will be announced on Monday 16 October 2017.

Previous Women of the Year winners include: