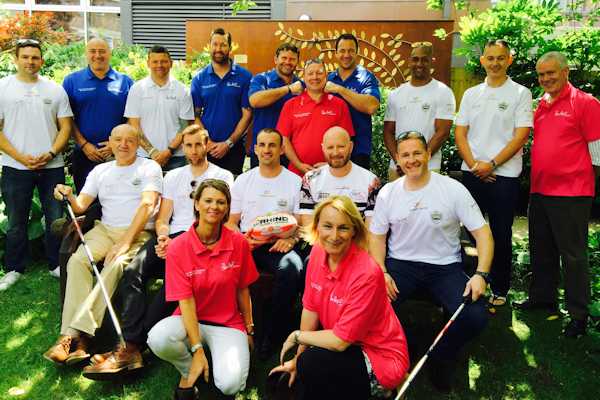 A team of 36 climbers will be tackling Kilimanjaro in October 2015 to raise funds for the Steve Prescott Foundation (SPF).

The official launch for the climb which is sponsored by Spectrum Group, a leading recruitment and training specialist in construction and rail with its head office in Manchester, took place at 1330 on Thursday 16th July 2015 at the Tree of Hope at The Christie, Manchester. The launch was attended by Steve’s wife, Linzi Prescott, SPF General Manager Martin Blondel, Spectrum Group Managing Director Neil Farrow and leading celebrities.

The challenge is to climb the 19341ft mountain in just 5 days instead of the more usual 9 days. It will challenge each individual’s fitness and mental stamina at high altitude. Each climber aims to raise at least £4000 for the 3 charities of the SPF, the Christie Hospital, Try Assist and the Oxford Transplant Foundation.

The SPF is also delighted to announce that the climbers will also make an attempt at the Guinness Book of Records World Record for the Highest Altitude Rugby League Match. This will take place at Kosovo Camp at 5760 metres. The 36 climbers will divide into two teams and play a full 80 minute game under Rugby Football League International Federation rules. This requires a fully affiliated RFIL referee so it is with great pleasure we can announce that former International referee Steve Ganson has very kindly agreed to join the climb and will referee the game.

Martin Blondel the General Manager of the SPF said ‘This challenge epitomises Steve Prescott’s legacy. Steve would be elated so many people have stepped forward to take up this epic challenge and break a world record in the process which will never be beaten. Every pound raised on this challenge takes us a step closer the magical million pounds raised by the SPF.’ The party will be led by SPF committee member Ade Cunliffe who was one of a party of twelve who completed the 2013 challenge.

Further information about the challenge can be found at www.steveprescottfoundation.co.uk/spectrum-kilimanjaro-challenge-2015