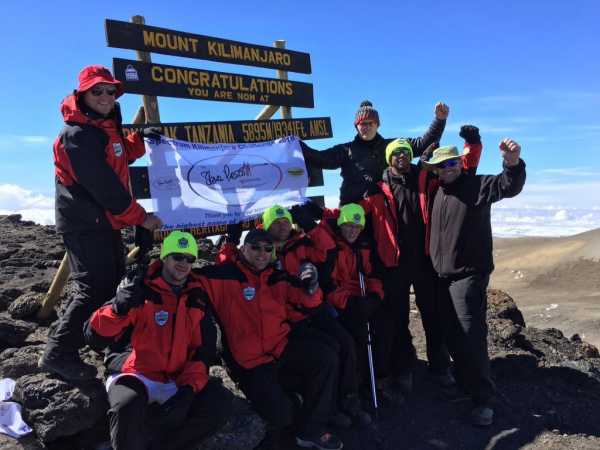 The Steve Prescott Foundation (SPF) is delighted to announce the latest epic challenge to raise funds and awareness for The Christie Manchester, the Rugby League Benevolent Fund and the SPF Special Causes Fund.

The SPF are looking for a team of 40 climbers will be tackling Mount Kilimanjaro in October 2017 to raise funds for the SPF. The challenge follows on from the SPF epic record breaking Guinness Book of World Records highest game of rugby in 2015 and the inaugural SPF trek in 2013.

Martin Blondel, General Manager of the SPF said “We are elated to be taking a team up to Kilimanjaro once again. When Steve was dismissed from Salford Royal Hospital and being fed by a drip, the great man instructed me to put together a Kilimanjaro expedition that he would attempt. This was the measure of Steve; he had not eaten anything solid for 3 months and was asking to tackle Kilimanjaro.”

“It is fantastic that so many people are inspired by Steve and want to continue a challenge that sadly he could not take part in.”

At 5895 metres (19,341 feet) tall, Mount Kilimanjaro is located in Tanzania, East Africa just south of the border with Kenya. It is the highest free-standing mountain in the world. It is a dormant volcano which last erupted 360,000 yrs ago

The climbing expedition will be professionally lead by Milestone Safaris and Mountaineering of Moshi with planning support from SPF Trustee Ade Cunliffe, who led the Kilimanjaro 2013 and 2015 trips.

The event will involve eight days trekking via the Machame Route. This route is said to be the most beautiful route. Accommodation on this route is in tents unlike the Marangu route used in previous trips which used huts. The event will have the support of expert climber Dave Pickles who has climbed Kilimanjaro 48 times.

Since Steve’s pioneering operation, a further 3 people are benefiting from the same operation and now have a much improved quality of life. Proof that the money the SPF raises, DOES save lives