After defeat at the hands of ex Saint's legend Paul Sculthorpe in The Barton's Pickle's / Steve Prescott MBE inaugural Ping Pong smack down earlier this year, I'll be looking to even the score at the upcoming Crown Green Bowl's Celebrity Challenge at Ruskin Drive.

Due to my entire lack of sporting prowess, the trophy cabinet at my parents' house contains nothing more than Mum's Lladró ballerinas, Dad's "Don't worry, be happy!" singing trout, which he insists he caught in Thatto Heath Dam on an 18 hook with Spam, and a stained plate with WINNER scribbled on it with a Sharpie following my victory at the Butlin's Cake Face Challenge of '83 (I was an unhappy teenager who found solace in food, thus I excelled in the consumption of twenty three consecutive Sarah Lee Black Forest Gâteaux)

Dad has tried to compensate for a life of competitive disappointments, but two thousand cardboard Burger King crowns does not a true champion make. Hence it is vital that I make him proud once again this coming Father's Day, and Crown Green Bowls is the challenge I believe we can win. Scully might be an ex Man Of Steel, but this sport takes patience and finesse. It's about gentle delivery on thumb or finger peg, not thrusting your balls aggressively into the the hands of another (or to give them their correct title, woods). Plus the ability to crouch gently, as if tying a loose shoe lace, and I happen to have it on good authority that Paul only ever wears soft Italian slip on shoes since his playing days ended. A lazy approach to retirement that could cost him dearly.
He may have cornered the market where gents' shaving products are concerned, but a win here could bag me a Boot's micro-pedi corn and callus remover ad.

Let's just hope Paul tastes defeat in front of a capacity crowd at Ruskin Drive, as the public, (along with celebrities and past/present rugby league stars) come together to pay tribute to the memory of Steve Prescott, whilst continuing to raise funds for his foundation. Competitive instincts aside, we are all proud to be a part of continuing the legacy of our legendary local hero. What better way to celebrate Father's Day than that? It beats waiting for the plastic fish to bite down at the dam.

All participants should sign in at Registration by no later than 12 noon. 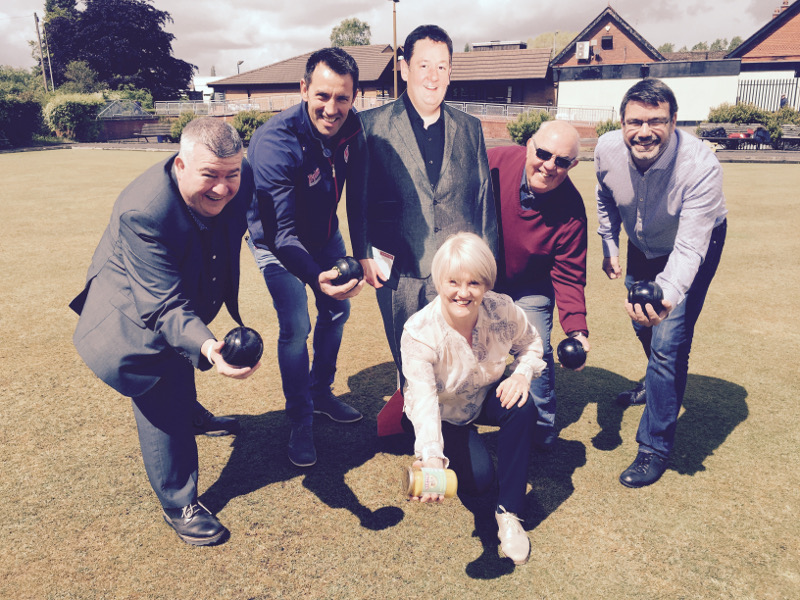