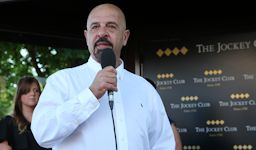 Salford City Reds Owner presented the Prescott Family and Steve Prescott Foundation with the perfect present last Saturday 21st June. The Equine Steve Prescott made a fairytale start to its career on the turf.

The second favourite won its first ever race on Saturday at Haydock Park and its Rainford owner Dr Marwan Koukash generously donated the £3,243 Prize Money it won to the Steve Prescott Foundation charity. 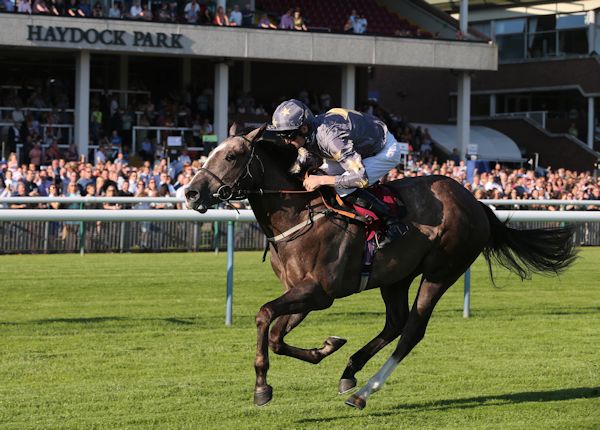 Steve Prescott came home at odds of 2/1 having easily beaten 6/4 favourite Mumford in the five furlong race bringing huge cheers from punters who included a big contingent of rugby fans plus a 60 strong party of family, friends, ambassadors of the late Saints, Hull and Wakefield player.

“Everyone associated with the Foundation was absolutely elated, When Marwan first approached the family about naming the horse, they told Marwan the horse must have the following qualities Speed, Guts, Determination and the willingness to win! Marwan definitely did his homework” said Foundation General Manager Martin Blondel. 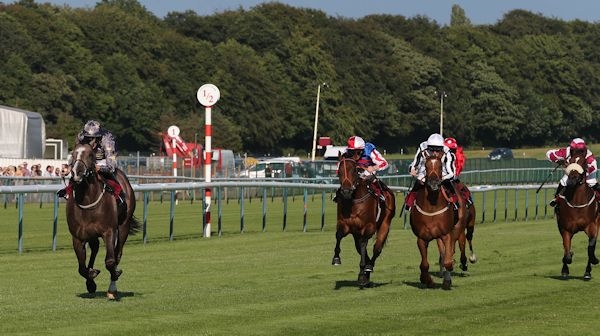 “He could run again at Chester on Saturday, a decision will be made by Marwan & Richard on Friday afternoon, we think there is a lot more exciting times ahead”

After the Dutch Art-sired colt stormed to victory at Haydock Dr Koukash said: “I have never been so thrilled in all my life as I have been this evening by Steve Prescott winning.”

“Obviously everyone in Rugby League knows about Steve Prescott but I wanted to bring his name into racing.” 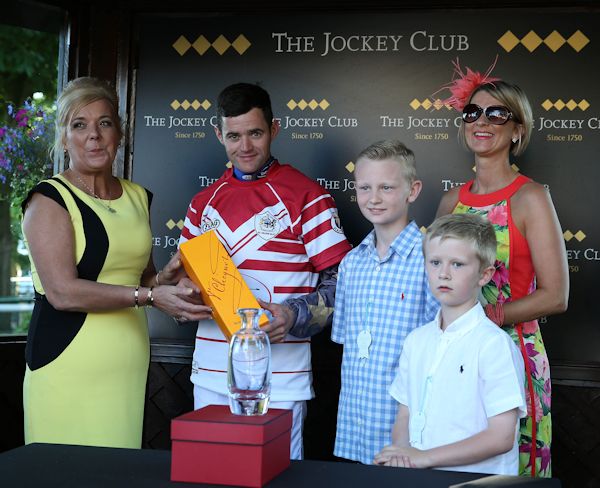 Steve's wife Linzi and two sons were delighted by the idea, and were at Haydock on Saturday to see the horse’s impressive debut.

Dr Koukash had said he wanted to give the family “something to cheer them up”.

He explained: “I wanted a horse fast enough and brave enough who was fit to carry his name. I didn’t want to name just any horse, it had to be a decent one.”

Malton trainer Richard Fahey said: “It’s tremendous Marwan has named him after Steve, who was a wonderful rugby player and inspiration to so many people. He’s a horse we like and hopefully he will raise awareness of – and money for – the Steve Prescott Foundation.”

The SPF would like to thank Marwan for his amazing generousity that will help to keep Steve Prescott’s name alive in the sporting world.

We would also like to thank Garry Fortune & Haydock Park for their phenomenal hospitality.